Thank You to Our Vets on Veterans Day 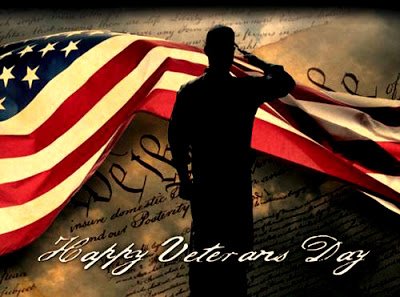 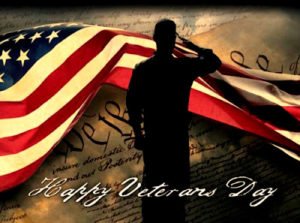 From all of us at Spa Warehouse in Hagerstown, MD, we say “Thank you” to all of the military veterans for your service to our country. And for those who paid the ultimate price for our freedom, we are forever indebted to you and your families for your sacrifice.

Did You Know: Originally, Veterans Day was called “Armistice Day,” and the date was chosen to commemorate the signing of the armistice with Germany that ended hostilities during World War I. At first, the focus of Armistice Day was on the veterans of World War I, though it was always meant to honor all veterans of foreign wars, who risked their lives on the battle field to secure the freedoms of all Americans. Over time, with the passing away of the World War I generation and the coming of new conflicts during World War II, the Korean War, and the Vietnam War, the focus on the 1918 Armistice was lost and the name of the holiday was changed.

Congress also made November 11th a day of prayer and thanksgiving and expressed a desire that the U.S. flag be on display during this day and that special ceremonies be held. Finally, in 1938, Armistice Day became a permanent, official public holiday.

Today, Veterans Day is generally regarded as honoring all those who ever served in the U.S. Armed Force rather than only those who actually fought in a war.

If you need our services, please contact us at our Pennsylvania Avenue store. If you would like to stop by and need directions, click here. Our professional service technicians install and service hot tubs and spas throughout the Tri-State area (Maryland, Pennsylvania and West Virginia), including Hagerstown; Greencastle, PA; Chambersburg, PA; Waynesboro, PA; Martinsburg, WV; and parts of Frederick County, MD.

Let’s Get Started On Your Oasis!

Add Upgrades to Any Hot Tub